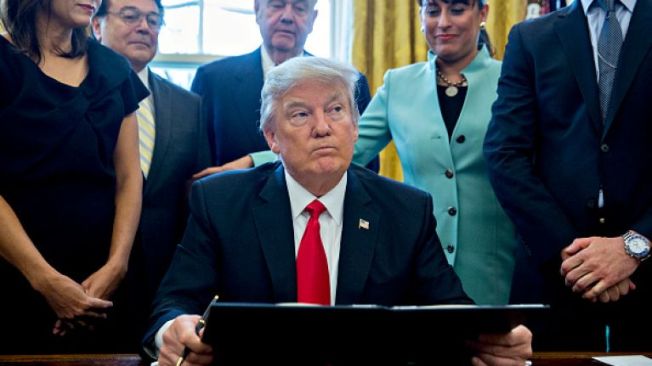 Here is the trick. Lose your preconceptions.

Not so easy. All I ask for is for you to listen to this, past its pasty production and state-of-the-art beats and mirror-shaking chorus. Appreciate its obviousness and lack of clarity. The performance, the keenness and fake carnality of performance, the fact it aspires to be something greater than the sum of its parts, the fact it attempts to put across a message that isn’t the usual aspiration of Keeping Up With The… or cool millennial (actually, this is very cool millennial) or happy bouncy or bleak unremitting, but attempts to tackle the contradiction at the heart of so many lives (not just teenagers, although especially teenagers, I guess, not that I’ve asked).

Polite (despite the language) but not complicit. Refuses to be rolled over. Stands up. Gets counted. Speaks out. Inspires. In this, ‘We Are Fucked’ by Noah Cyrus and MØ is as punk as they come. I already wrote about this.

I teach music journalism, currently – I emphasise the importance of not padding out commentary and including words that add nothing to the dialogue, the layers of understanding and discovery.

See what I did there? Sometimes, bulk is what is required: it makes your reader feel like more has been achieved through their minimal engagement with your craft. (Rule number whatever: NEVER slag off your audience and mean it, just ask Lily Allen.)

‘We Are Fucked’ pauses when it should, it hesitates, becomes fiery and a little preachy. The more I listen to it the more I realise it ain’t all that… at least it shouldn’t be, but within the context of the anodyne and Brexit, of Trump and the treatment of child refugees, of endless streams of tanned celebs promising us the lie (truth) that controlled hedonism will make our lives, if not better, then bearable, it is. It is all that. It has a dig at Starbucks. It points the finger at its own audience but then at the last second relents and gives its audience a way out, a way to feel better about their own dismal lack of motivation.

“We’ve got hearts in the right places … Maybe it’s ‘cause we are young.”

Note for aspiring cultural complacency critics: this is not my top 10 songs of 2018 obviously.

For one, creating this blog post is by way of proving a point, and an obvious one at that. Your web traffic is dependent upon your signposting and ability to gently troll your potential reader. It is not possible for your potential reader to lose their preconceptions through a single line so you need to choose your words with care and softly lead them on. Ultimately, what are you looking to accomplish when you write about music? Me, I just want more people to dance down the front of shows. If something rocks, it rocks, and it feels like a shame to let tribal instinct, cynicism, natural distrust to get in the way of lovin’ the rock. Of course, it is also fun to let the above get in the way. I am still trying to figure out a way to write about two of my other favourite songs of the year – this one here, and that one there – that more than a few dozen people will read. No, not write about. Link to.