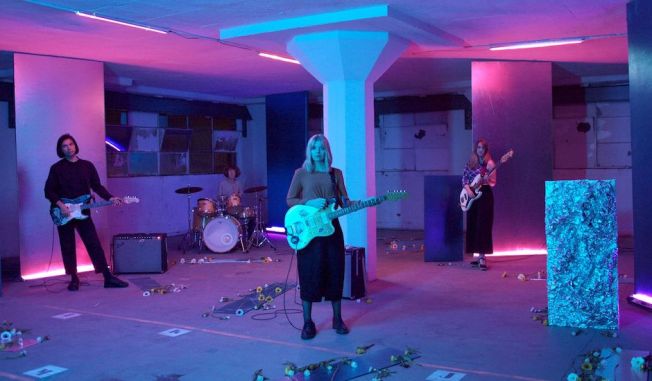 It bothers me that when I try to capture beauty I usually end up bruising it.

It bothers me that so few people are bothered.

It bothers me that I have never attained the level in my writing style where I can be direct without being dull.

It bothers me that when I try to capture beauty I usually end up bruising it. This one line from the band themselves: No Sister’s upcoming release is an acknowledgement of an elemental, unavoidable creative facet: influence: is brilliant. Hemmed-in, but with the creative freedom such acknowledgment brings.

If you want more detail, the band put it far better than I can. There again, I have nothing riding on this. This, and Tropical Fuck Storm, are the two bands you should be listening to right now.

‘My New Career’ — a song exploring a simultaneously hyperbolic but very real sense of DIY feminism — abounds in influences. The opening lines “I used to do my hair with rollers, but now I use spray cans and pliers” were borrowed from an artwork by Melbourne artist Ruth O’Leary, with the song’s sentiments further propelled by writers such as Sheila Heti and Anne Boyer. Meanwhile the musical and aesthetic influences range from David Sylvian, Ryuichi Sakamoto, Prince and other 80s fascinations — in their new EP No Sister expand their post-punk sound to include influences from both sides of the Atlantic (and Pacific).

Self-released in Australia by No Sister, Influence was recorded by John Lee and Pat Telfer at Phaedra Studios (Beaches, Love of Diagrams, Small World Experience, Lost Animal, Stonefield), mixed by Mino Peric and mastered by David Walker at Stepford Audio.

One thought on “How NOT to write about music – 93. No Sister”