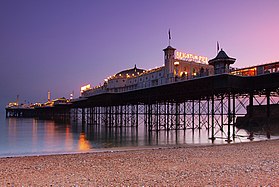 Two bands have dominated my musical existence (community? taste? listening?) since my return from Brisbane five years ago. Both are from Brighton. Both have/are releasing albums (one their second, the other their debut) right now. One is going slightly above the parapet and is being written about in effusive fashion in a variety of places – Pitchfork, NME, The Quietus, the regulars. One isn’t – or not so much. Both should be everywhere, all the time. I do not love both bands equally because that would be insane, see patronising. Equal but differently.

I want to use this moment to record that my brain is currently imploding from the sheer musical wonderment of it all, especially as I got sent both albums the week I discovered the debut Roxy Music album 45 years on. I simply cannot process all this magik all at once. Give me space! Give me space. It is enough for me to know that others are taking note, others are feeling as enthused and confused and wired and charged as I have been by this splurge of music and awkwardness and humanity and passion over the last five years. This is music that is not just my heartland but that which defines me. I cannot imagine life without either, and it makes no sense to engage with…

Collectively, I have written about the two bands on at least 20 occasions… and NONE of those for the mainstream (or even alternative mainstream) press… and yet I am not listening to either album from either band, just revelling in the knowledge they exist and they exist and they exist… this behaviour is similar to the way I way I reacted in the early 1980s when I never actually listened to the first two Birthday Party albums or UT on vinyl because I DID NOT NEED TO, I had the wonderful unpredictable charged unfocused focused live experiences to buoy me, to charge me, even (with Slum of Legs) if it’s been several years now.

My musical memories have never been at fault.
It’s just everything else.

Members of both bands have given me support at crucial moments: and I want to thank them now because I know I ain’t always so good at communicating away from my Other Self.

Someone commented recently, “do you know how hard it is to keep the same group of six people together for five years?”

Now, I am cross with myself. How dare I devalue one band by mentioning the other? There are links: some obvious, some not: but that is not the point. Listen to this. Listen to this. I just want to say this to you.

Listen to This – Dexys Midnight Runners

With its looming ferris wheel and wooden pier, Margolin notes that Coney Island loosely resembles Brighton, the college town on England’s south coast where she met her bandmates and formed Porridge Radio in 2015. What began as Margolin’s lo-fi solo project has evolved into a fierce wrecking crew fueled by unvarnished angst. On the group’s lurching new album, Every Bad—their first release for esteemed indie imprint Secretly Canadian—Margolin is a snarling antisocial who’s constantly at war with her body and mind.
(Pitchfork)

Since emerging with a three-song tape in 2013, Brighton’s Slum Of Legs have maintained the same six-strong lineup, and do you have any idea how hard that is? (In this specific instance, neither do I, but statistically speaking one expects a limb or two to drop off now and then.) Their self-titled debut album, on Nottingham/Bristol label Spurge, is their first release since 2015, but Slum Of Legs’ component parts circa singles ‘Doll Like’ and ‘Begin To Dissolve’ – Krauty/proggy discord, post punk jags, indie pop froth, feminist rhetoric equally exaltatory and condemnatory – remain in place on these ten numbers.
(The Quietus)

Somewhere, I think this fits. Awkwardly. Don’t force it.

They’re loud, they’re smart and they want us to be better people. Porridge Radio are about to conquer the planet with their breakthrough album ‘Every Bad’, a record of art-rock mantras that betrays their towering ambition and cocksure spirit. Matthew Neale talks to singer Dana Margolin about being hailed by Nirvana’s best mate, the dread of being branded a political band and why it’s important to make a difference.
(NME)

One thought on “How NOT to write about music – 162. Slum Of Legs vs Porridge Radio”