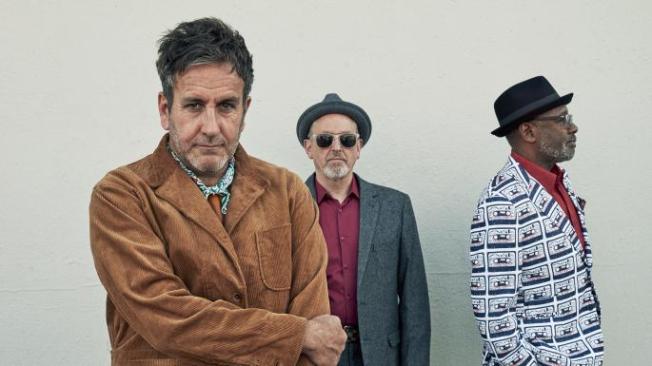 I cannot answer that. Maybe no one can. It feels appropriate, that The Specials should reform once more in 2019 – but frankly, you could have said that about any other year they reformed. Sure, you can point to individual band members’ participation and all that. I don’t recall any of them releasing anything particularly stunning in the interim though. Sure, I enjoyed their live outings with Amy Winehouse and – yes, it’s impossible to decide which of their first two albums is the greater (it’s the first, of course! no, the second! no, the first… and so forth) but…

It’s not like I’m complaining. Even if, as some have argued, this latest incarnation is not actually The Specials at all. Listen to the music and judge for yourself. That’s all you need to do. Listen to the music. This first single is… well, it’s miraculous ain’t it? A shameless reworking of the sound of ‘Ghost Town’? Yeah, ‘course. But a minor miracle too. I’m sure the new (Number One!) album is as patchy as shit but… well. Whatever. Time to drag out the old Tricky anecdote again.

The story goes that, right at the height of Tricky’s first flush of fame, the notoriously moody trip-hop pioneer was flown first-class to Seattle to DJ. He showed up with a copy of the Specials’ first album under his arm, nothing else. “Er, that’s lovely Tricky,” stuttered the nervous club owner, “but where’s the rest of your records?”

ADDENDA: heard the album now. There are some fucking killer cuts present.