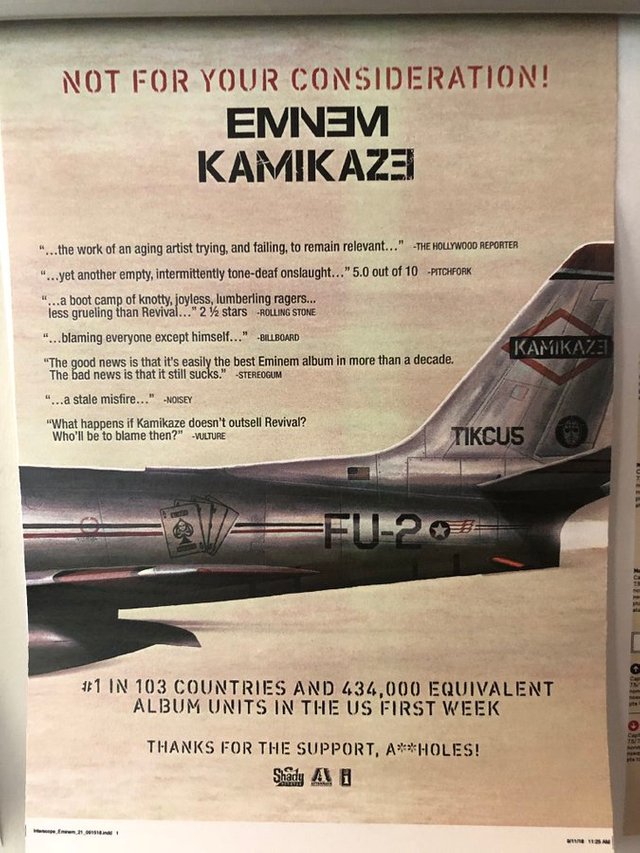 I heard this on Radio One driving home from an Open Evening in Brighton last night. It followed a segment that was mostly comprised of unfunny dick jokes and patronising patois. The night was cold, dark, intimidating in the way early autumn evenings can be when you’re mainlining on insomnia and hunger, driving down desolate Sussex country lanes too fast. The music being played was passing me by: there was a cool Nadia Rose track (love some of that Nadia Rose), but mostly I wasn’t taking it in. Too concerned with getting home before my eyelids closed entirely.

Shortly as I was coming up the final approach to Haywards Heath, a new track started up. Didn’t pay too much attention, then I started getting into the nasty-ass lyrics and obstructionist worldview, the steady flow of invective, the aggressive double-speed rap and… damn, I was just loving the flow. I sat there in the car outside my house, engine running, lights on, neighbours beginning to peer out their windows, while the track built inexorably to its cussed climax. I wanted to know who it was (although it was clearly Eminem). I wanted to know what it was. The volume kept building. The invective kept flowing. Damn, it shook my late Thursday evening up.

Here is the link to the album.

Note to aspiring blog writers: DO NOT write about music like this. You will fail your assignment. You will not be published.

“I wanna punch the world in the fucking face right now”

One thought on “How NOT to write about music – 5. Eminem”