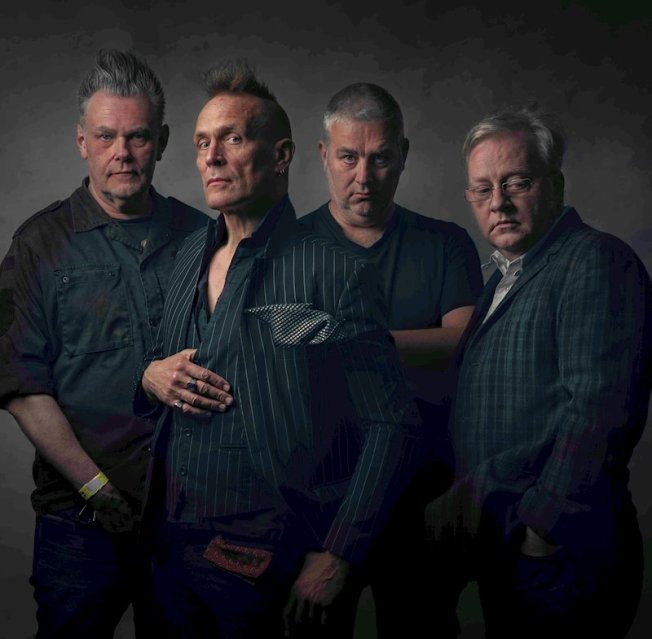 No reason, but this feels important. Doubtless my 23-year-old self would disagree with me – he always was a cantankerous bastard – but I feel that out of seemingly nowhere The Membranes have made the greatest album of their career. (Let’s not call it a career, eh?) Of their lives. I would go over the recent review I wrote about it for Classic Rock, and dwell on each and every word, but. Do not take my word for it. This is high praise, from me, from my former self certainly. I had a couple of main noise bands in the 1980s – UT, The Birthday Party, Membranes, Sonic Youth – and one of them has returned after a near three-decade gap and made the greatest album of their lives. (It’s their second in recent years, and the other was almost equally as fine.) Playing out of their skins. Literally. So good, all I can do is gape at the hollowness inside my hollow inside and wonder why some of my friends are so great at growing old while others (well, me) are so crap. Pain, humiliation, death – this is all that life promises me as I edge closer towards 60. Not for John Robb and his merry bunch of swaggering, dissolute reprobates though.

What nature gives… nature takes away.

They embrace the mantra and do not swerve from it, but face up to it and create thundering beauty out of the Void, seething wonderment out of chaotic despair. There is kindness here at the heart of the violence and mesmerising noise, a beauty that only the human voice can provide (the 20-piece BIMM Manchester Choir provides texture and an iridescent counterpart to Robb’s thundering bass). The Membranes should have been massive in the 1980s, with their bone-rattling teeth-shaking finger-breaking excursions to the other side: aligned with My Bloody Valentine and Big Black, and rightly so. (In truth, they were always the greatest on stage.) It would be irony heaped upon irony now if they achieved that deserved success now, the Last Survivors Standing.

What Nature Gives… Nature Takes Away is a brooding Gothic masterpiece – and yes it’s dark disco, death and romantic, apocalyptic (but not in a fucking superhero way), discordant, sweeping and epic and brimming over with feedback and emotion and turbulence, melancholia and wonder. The sheer volume of noise threatens to destroy melody but never does. The sheer magnificence of the BIMM Choir threatens to destroy rock but instead amplifies it, charges it.

In places, overcome with emotion.

You can order a copy now from Cherry Red, but hell. Don’t take my word for it. What the fuck do I know?

As I wrote four years ago:

You see, some of us still remember the secret history of the 1980s.

2 thoughts on “How NOT to write about music – 67. The Membranes”