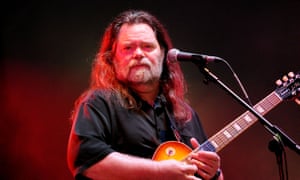 I’ve never written about Roky Erickson, who died yesterday at the age of 71. Not really. His influence has been everywhere – everywhere I look –  and yet I have never really written about him. Maybe I felt it was too obvious (shrugs), or maybe some shit you just take for granted.

The first time I encountered the deranged genius of 13th Floor Elevators’ stoned acid-rock groove was when I was living in Chelmsford. It was 1978 or ’79, I was a teenager just into popular music (punk) and the fellow behind the counter in our hip record store Parrot Records (just down the road from the punk and biker pub “the Animals”*) recommended I should take a listen to their first two albums, especially as they were in the remainder bin.

On the one hand, I fanatically avoided any music before Year Zero (1976). On the other, I was shit in awe of any dudes working behind the Parrot Records store counter, and way complimented he had spoken to me. So I bought them. It was money purloined from… uh… stealing shit, anyway. Easy come, easy…

Whoa. My head fucking blown. My mind fucking torn apart by the derangement and heavy psychedelia and relentless groove and spiky guitars and sheer beautiful brutality of it all. Others had the Stooges, the Troggs, The Creation, The Beatles… and good on them. Not for me. My template for the holy grail of rock’n’roll was this.

Everything that followed – and followed it sure did – flowed from this:

For long periods of time, I have found it near impossible to describe other bands without referencing the deranged psych brawl of 13th Floor Elevators – with that weird jug warble – dating all the way back to early Pink Floyd, Jefferson Airplane and Red Krayola, all of Nuggets and Pebbles of course, charging forward to the proto-punk pioneers and heavy stoner grooves of the more out-there rock bands of the 1980s, 1990s, 2000s and so forth. The Black Angels, (early) Queens of the Stone Age, Spacemen 3, Mudhoney, Tunabunny. There is a holy hub of bands and musicians and fans who understand what the fuck is going on. Roky Erickson released plenty of disturbing, challenging, affirming music outside the Elevators but really… what more do you need to understand about rock’n’roll then the following three songs?

Listen to these, and tell me, hand on heart, that the dudes from Spacemen 3, Spiritualized, Mudhoney, Primal Scream, Black Angels and so forth did not base their entire careers around these songs?

Of course, ‘You’re Gonna Miss Me’ was the first song I ever performed in America:

You could argue that it was my performance, more than the song: even the surreal actuality of a rock star critic getting up on stage in Seattle, February 1989 in front of 800 brawling punk rock kids and taking a stab at entertainment instead of dutifully covering the story. My photographer should have grabbed shots, I wish he’d have grabbed shots, but he was standing at the side open-mouthed. My set was 13th Floor Elevators’ ‘You’re Gonna Miss Me’ (guitar borrowed from Tacoma garage kings and queen Girl Trouble), ‘Do Nuts’, Arthur Conloy’s ‘Sweet Soul Music’ (a staple from my Living Room days with The Legend! And His Swinging Soul Sisters) and possibly one or two originals (no one recorded the set) […] one could argue, one of the main reasons I so successfully managed to blur the line between critic and performer and hence was so able to be Everett True in the early to mid-Nineties.

The song that changed my life.

R.I.P. Roky. In my life at least, you always fucking ruled.

*Officially called The Lion & The Lamb; I got threatened in the toilets there a couple of times with chains and a knife cos I dressed as a Mod.

One thought on “How NOT to write about music – 76. Roky Erickson”