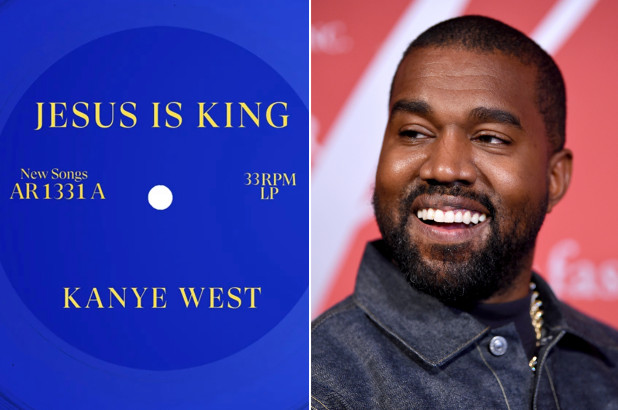 I have listened to the blue vinyl and cassette Jesus Is King on a loop, stuck on repeat, on train journeys to Clapham Junction all this week, find myself sitting bereft because his sweet mellifluous tones are not gently chiding me and poking fun at Christianity. Seeking my fix. Only happy when I have got my fix. Jesus Is King is the crack cocaine of 2019 hip-hop, over so fast but oh such a sweet fix.

Even the Kenny G sax solo makes sense now. How could it not? It is both beautifully framed and truncated.

I do not need to believe that Kanye believes in Jesus or religion or however he views it. So he sings 11 songs in 27 minutes, and for this we are meant to view the album as unfinished somehow? The exact same criticism was leveled at the first Ramones album (wonderfully, Sire Records sent the songs off to be copyrighted, and the authorities returned them unsanctioned claiming them not to be songs but segments). Since when has brevity been bad in music? My way of reading this is that Kanye is not being lazy. He ain’t being mean, he’s just focused.

Kanye is attracted to religion for the same reason many are attracted to religion: as a diversion, as entertainment, as another way of spreading the message. Hell, might as well be Jesus is King. Or Kanye is King. Or whatever. Round and round the album ricochets in my head, a constant leap from one moment to the next, on a loop, songs never too long that I become bored, always searching for the next attraction, the next titillation. Does not hurt that I appreciate minimalism in music, his way of forceful rapping, human voices raised in sweet harmony, sped up vocals. Does not hurt that I love the way ‘Selah’ ends like a ‘Trapped In The Closet’ episode. The rhythm, the melody, the harmonies… these do not hurt either.

All of Jesus Is King now works so hard, hurts so bad for me I am astonished that for even one minute I was an unbeliever. This is awesome. Album of the year and all that. Whatever. I don’t give a shit either way.

This track is the one that kills me, every time. Every time, it kills me.

Tomorrow I am sure it will be something different.